I wouldn’t normally re-post my border-line obsessive edits, especially given the whole “completely exposing myself” thing. But this is more of a revision than minor edits.

It seems I needed to push my comfort zones even further and strip off an additional layer (clearly not in the literal sense, as that wouldn’t be possible 😳).

So for those of you who didn’t immediately skip to the end of Warning, the Following Contains Nudity, you’ll probably catch the added reveal- one that I believe needs to be heard to expose the insidious, relentless impact shame can have on every aspect of our lives.

Now that I have your attention, that’s actually not true. Nudity is anything but contained here.

Here’s a sneak peek of a little project I’m working on- an exposé if you will.

* Some material may be inappropriate for children under 13…

I slipped out of my boots, peeled off my jeans, and tossed my bra and panties on the floor while he drew back the curtains and opened the balcony doors. Within seconds, I was standing over one of the busiest streets in Denver, completely naked.

I turned to face him. How do you want me?

He told me to turn back around, lean against the railing and arch my back. I did as I was told, scanning the apartments in front of me, wondering how many people arranged their day so they could be facing this window just before sunset; I certainly wasn’t the first woman to be standing there with no clothes on.

That looks perfect, stay right there and try to relax.

“Of course, it’s the middle of November and I’m standing outside with no clothes on, why wouldn’t I be relaxed?”

But he didn’t hear me. He was too busy adjusting his lens to capture the lighting before the sun went down.

I think the only way I would have considered it is if I was dating someone who wanted me to. Because really, why else would anyone want to share nude photos of themselves unless out of a desperate need for attention or vanity?

So clearly there’s been a dramatic shift in my perspective. There’s no boyfriend in the picture (literally and figuratively). And yes, I did it for attention, but more to be heard than seen. Because whether we like it or want to admit it, sometimes we have to be seen to be heard.

As far as vanity goes, that’s precisely why we’re here- to dismantle the assumption that our desire to exhibit our bodies comes from excessive pride or need or validation, versus a celebratory expression of our sexuality. More importantly, we need to sever the inextricable ties that still exist between our sexuality and shame.

* Note: I define sexuality as the array of characteristics our gender embodies, including, but not limited to, our sensuality, intellect, courage, empathy, resilience, creativity, intuition, and yes, our power.

This all started as a revelation I had while working on a women’s empowerment project. I would have previously thought this to be a contradiction- how can women be empowered when they are presenting themselves as sexual objects?

But I thought about what the word empowered means. To empower someone is to help them gain strength and confidence by reclaiming their rights and taking control of their lives.

So how are we objectifying ourselves if we decide, on our own volition, to honor the physical form we were born in? No, we are not our bodies. But our bodies are essential for becoming who we are. We can’t exactly work to expand our minds, cultivate our talents, find ways to challenge ourselves and overcome physical and mental hurdles if our heart stops beating.

But I don’t think anyone is arguing against honoring our bodies. It’s just when we choose to do so by showing our bodies that the celebration becomes problematic.

I realize this isn’t a new phenomenon. We have been enduring, resisting, and rejecting rules and restrictions imposed on our bodies for centuries. But even when the “collective we” acknowledge how antiquated this obsession with covering our bodies is, women are still being judged and shamed when they reveal “too much.” And let’s be honest, the majority of those doing the shaming is women.

So I ask you to ask yourself: if looking at these photos makes you uncomfortable, ashamed, or embarrassed, whether for me or just in general, why is that? Where does that come from?

I had to ask myself this question to realize that it was my shame about my sexuality that made me scrutinize the motivation of women posing or dressing in a “provocative” manner. It was my shit, not theirs.

Until relatively recently, my body was always a source of shame. I was either too provocative or too prudish. If I was too thin, I was competition. If I wasn’t “thin enough,” I was undesirable, and not just physically, but in every capacity.

These beliefs were so entrenched at such an early age, the battle against my body started before I even hit puberty. When my body did start to change, it became an all-out war, and there was no escaping. I was attacked at home, at school, and by all the same messages every girl receives from the media and society as a whole.

This belief that my body defined me and how I used and expressed it was shameful– no matter what I did or didn’t do– destroyed my confidence, thwarted my potential, and obliterated my power.

It has taken me over three decades to realize that my sexuality was not my enemy, is not my enemy. It is, in fact, an untapped source of power.

So this is my declaration, for all of us to reclaim our power. Anyone who has been shamed, judged, humiliated, exploited or abused, we deserve to express ourselves fully, unabashedly, knowing we are invaluable, inside and out, and perfectly flawed.

We are all works of art- rich with texture, radiant colors, and an irresistible shape, all perfectly orchestrated to reveal the complexity of our minds and the depth of our spirits.

It’s time to own it.

No more hiding. No more self-loathing, playing small or resigning ourselves to saran wrap and spanks. It’s simply time to embrace our bodies- every curve, fold, and imperfection- be bold with our desire, demand pleasure as our inherent right, and stand our ground until it’s understood: SHE COMES FIRST!!! (Men, for the love of women, PLEASE read this book!!!)

And we must eradicate the deeply entrenched belief that we can’t be smart and sexy, that we have to repress one to be the other. F*ck that.

Initially, I was set on hiring a female photographer. But when I saw Denny Fenbers’ work, I was all in. His photos are works of art, which is exactly how he made me feel- like a muse inspiring creative expression, not an object being exploited by someone’s gaze.

There is something transformative that happens when we are completely exposed and liberated from the power we give our reflection. I was no longer reduced to my imperfections. I was the essence of the bold, playful, uninhibited girl I lost when I let my scars define me. And she felt stunning, almost ethereal, teasing the light and dancing with the shadows that shaped my silhouette.

It was a magical experience that can’t be stripped down to nudity or vanity. It was a chance to celebrate the qualities that make me beautiful that have nothing to do with my body- which I personally think is the least intriguing thing about me.

I’ll leave it at that for now and linger in the memory of my experience, mainly to distract myself from the sheer terror of releasing these photos into the ethers…

Does my sexiness upset you?
Does it come as a surprise
That I dance like I’ve got diamonds
At the meeting of my thighs?
– Maya Angelou 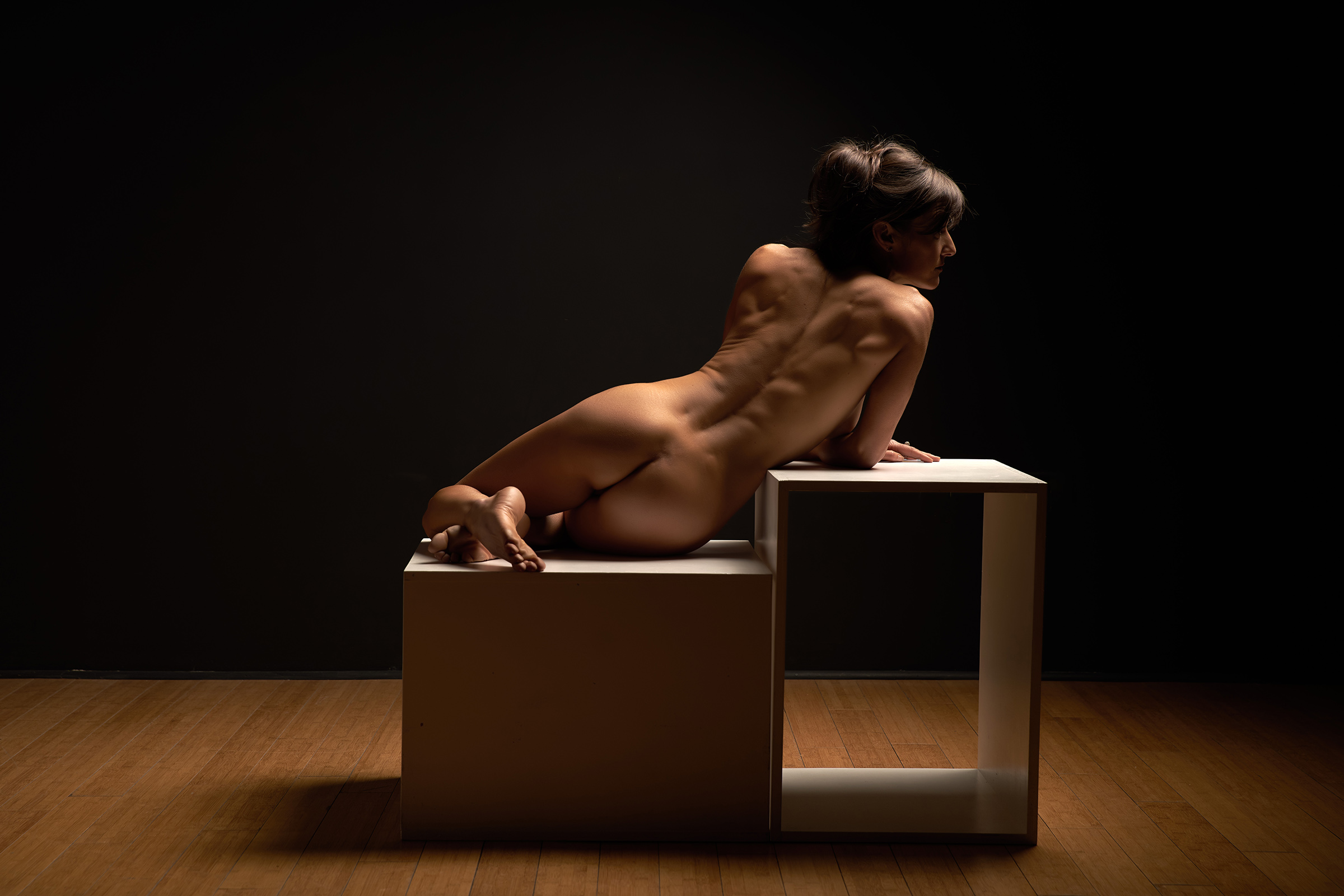