So, here I am, back in Denver, one of the last places I thought I’d end up. But I honestly didn’t know where else to go.

It’s not a bad place to be, Denver. I just never felt like it fit me. But nowhere seems to fit. Paris maybe, but that’s not really an option right now.

A dear friend offered me a room in a condo she rents out until I get my feet under me. It’s cozy and I have a warm bed to sleep in, so it’s a start.

But it is a bit further removed than I’d anticipated, which wouldn’t be an issue if I had a car. Let’s just say Denver isn’t famous for its public transportation.

I actually don’t know anyone who has taken the bus by choice…and now I know why. I avoided it as long as I could, but my neighborhood has little to offer – one coffee shop a mile away in one direction and a handful of bars and stores a mile in the opposite direction. I don’t mind the walk so much, but the destinations don’t feel worth the schlep, especially when it’s freezing outside.

The bus I have to take is ‘the 0’. Fitting, since that’s pretty much where I’m starting from. I’ve tried to put a more positive spin on it, but all I came up with is it will be a hard one to forget. (Or an easy zero to remember for that ‘positive spin’).

My first experience was…interesting. A trip that used to take me 15 minutes to drive took over an hour. But it wasn’t terrible.

The way back, however, was a bit of an adventure.

The 0 was delayed by half an hour, so I hopped on the first bus headed south. This seemed like a logical choice until I realized the route ended way before my stop, which meant a transfer at “the station.” 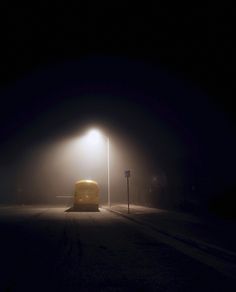 We pulled off the main road to what was basically a huge, empty lot. It was darker than it should have been, which made it feel like we were in the middle of nowhere.

The bus drove off, leaving me with three other men, each sitting on a separate bench.

I’m not the paranoid type, probably to a fault. And yes, I have put myself in some questionable situations. But I’m not reckless either, and I know when I need to stay vigilant. I didn’t feel like this was one of those situations. However, my phone had conveniently stopped working, and I had no idea when the next bus was coming. So, not exactly ideal.

I paced back and forth, trying to stay warm. I caught the three men looking my way a few times, but they seemed harmless. And I’m sure they were curious about why I was there. I don’t think I qualified as a typical passenger on this particular route.

The youngest of the three finally approached me. He wasn’t threatening at all,  more concerned. He asked if I knew which bus to catch. I assured him I did.

I had no idea.

After what felt like hours, a bus finally pulled up. I didn’t care which direction it was going, as long as it was going.

My next trip after hours proved to be…I guess “animated” would be the best word to describe it.

It wasn’t that late, but the bus was almost empty. Two younger girls sat huddled in the seats lining the wall, facing toward the aisle. A very talkative, somewhat obnoxious man sat across from them. He was trying to interact with them, but they kept their heads down, doing their best to ignore him. I couldn’t help but feel protective, so I casually moved over to the seat closest to them.

We came to a stop. The driver got up to lower the ramp for a man in a wheelchair. The obnoxious man hopped up and lifted the bench to make room for him, which made me feel bad for thinking he was obnoxious. We started to pull away, then jerked to a halt when a woman began slamming her fists on the door.

The driver knew her and they began chatting as the woman made her way down the aisle. She sat in the seat directly behind me and continued to yell up to the driver. “So, did you hear that so-and-so from the center just got thrown in jail for murdering his wife?”

This abruptly transitioned into her announcing to everyone, “You know what happened to me last night? Four policemen jumped me and tried to take me to jail.” She rolled up her sleeves and came over to show me her hands. “See the marks from the handcuffs?”

The man in the wheelchair and the ‘not as obnoxious’ guy teamed up, laughing at her, saying she was crazy.

She jumped to her feet and screamed. “I am not crazy! They ran all their god damned tests on me that proved it. I am not fucking crazy!”

I pulled the cord, exhaling when I heard the words, “stop requested.” Cold and dark for a couple of miles seemed preferable to murder and abuse.

I decided to sync up my bus outings with the light of day for a spell…and never leave home without my headphones. 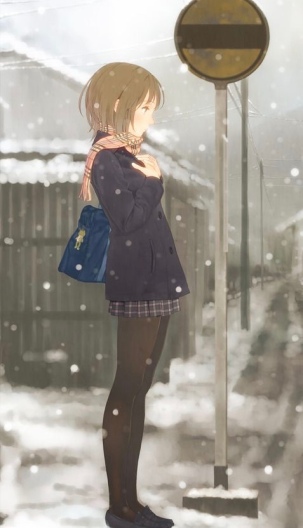 The next morning’s ride was a short one, no more than 15 minutes. Odds were good I could make it to my destination without incident.

I was just a few blocks away from the coffee shop when the man next to me requested a stop. He started making his way to the door but stumbled backward when the driver hit the brakes. Something fell out of his bag and I instinctively reached down to pick it up.

I did my best not to react as I handed him back his knife.

It wasn’t a menacing knife, necessarily, but it wasn’t a pocket knife either. I don’t believe this man had the slightest intention of using it on anyone. And given the direction he was coming from, I get why he had it…just in case.

I’ve never really felt like my life was in danger. Everyone, for the most part, is harmless. But I have realized I don’t exactly blend in, as I seem to be the one “the man who had a few too many” gravitates toward.

I also see the curious side glances when I sit down or the blatant scans from head to toe. Maybe I’m just paranoid, not because I think their looks are threats or advances. They feel more like judgments, as if to say, “who the hell are you?”

I usually ignore it, but sometimes I just want to look them in the eye and assure them…

I have no fucking idea. I lost her quite a ways back, and I can’t seem to find her.

That’s what I want to say. I want them to know that I don’t think for a second I am better than anyone else who takes a seat on Bus 0. We are all doing our best to navigate our circumstances.

But no, I don’t want to be here. I actually couldn’t be further away from where I want to be.

Yesterday, I missed my stop. But instead of getting off and working my way back, I just sat there, staring out the window. We headed downtown, making our way closer to where I used to live. We passed the place I used to take Biscuit to get his bath, then the place ‘E’ and I went the year I decided to like football, then the gym I used to drag him to, the place I took dance lessons, the coffee shop where I used to study during grad school…

This was my world, where I no longer belong. What used to be home, now feels like a warped cassette tape. The same song is playing, but it doesn’t make sense anymore-the the words are garbled, the melody distorted. And there is no way to fix it.

I feel like I’ve been exiled, still able to roam freely, but imprisoned by boundaries I can no longer cross and memories that have been hollowed out by regret.

The bus stopped and everyone got off. It was the end of the line.

I was mad at myself for wasting the morning searching for a place I wasn’t going to find and ending up nowhere close to where I needed to be.

I finally found the bus I needed to get back and waited impatiently as everyone boarded. The driver closed the doors and headed out, then stopped abruptly to let someone else on.

I was annoyed, tired of waiting, of feeling isolated and lost in a place I used to call home.

I knew I was spiraling, so I forced myself to revisit my ‘gratitude list’.

I’m grateful for my friends, for my warm bed…that I have all of my limbs.

But it wasn’t working. I wasn’t grateful. I was angry.

The woman slowly made her way up the stairs and stopped to greet the driver who seemed genuinely happy to see her.

He smiled, “How was your day?”

Without hesitating, she responded, “Well, no one I love died today, so I’d say, all and all, it was a good day.”

That sounded much better than “I have all my limbs”, so I added it to my list.

I’m grateful that no one I love died today.

The woman sat in the seat across from me. Her face was hard and soft at the same time, her demeanor firm but gentle. She seemed familiar. Did I know her?

She caught me staring at her and I tried to smile. She nodded her head slightly and made her way to the exit, disappearing into the crowd of people waiting to get on.

She had only said a few words, but her voice lingered, filling in the words taking shape in my head.

Hold on, love. You’ll get to where you want to go. But you won’t find it back there. You’ll have to take a different route. You’re headed in the right direction, though. Just keep moving forward…one stop at a time.